Pacha closes its doors for 2014 with the help of Martin Solveig, The Magician and Danny Howard 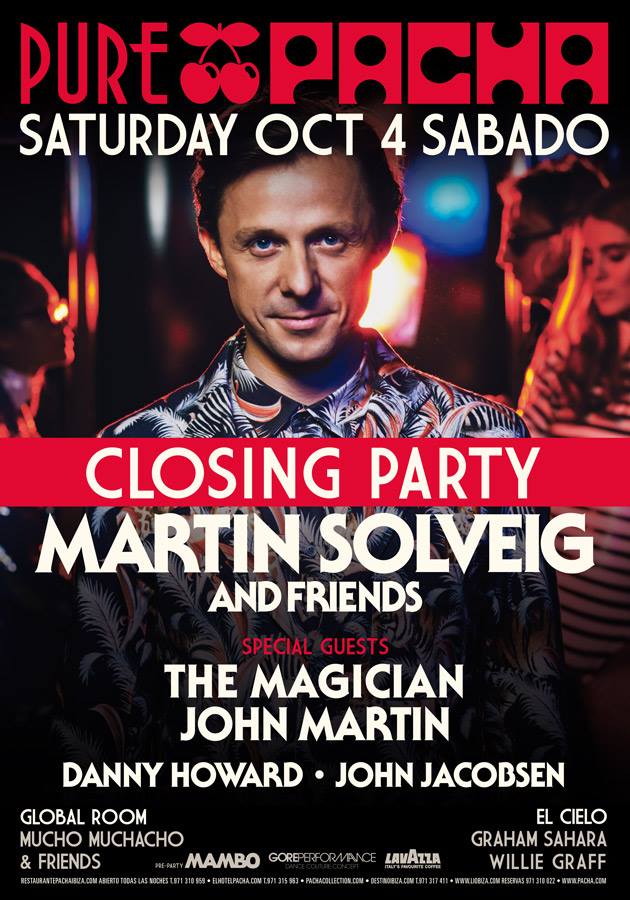 When people think about summer in dance music, they think of Ibiza – it’s only right then, that the end of summer and the beginning of the long cold winter is also earmarked by the events happening on the White Isle: the legendary closing parties.

Having notched up a summer full of festivals including T in the Park, Global Gathering and Mint festival, Radio 1’s Dance Anthem champion, Danny Howard, is preparing to head back to the sunny Island that has been his home over the summer and play his final residency set at the iconic Pacha nightclub.

Somehow managing to squeeze in a set at the club every Saturday after recording his Radio 1 show in London, tomorrow will see the final party at Pure Pacha, headlined by some of the biggest names in electronic music including Martin Solveig, The Magician, John Martin, John Jacobsen and Danny Howard.

Expect to be partying until the early hours of Sunday morning for the very last time in 2014 before the lure of cold, dark warehouse venues makes itself known.